The Big Question: What do game developers do on holiday and how do they unwind?

It’s July already and summertime is in full swing. In the busy world of games development, how do studios kick back and unwind? We spoke to them to find out. “I'm a bit of an adrenaline junkie so on holiday you'll find me either horse riding, surfing, biking, climbing a mountain, or throwing myself off it. However, when the high has worn off you can't beat a cocktail on the beach watching the sunset or having a swim in azure waters…” Amy Walkers, Studio Manager, Kuato "As a game dev it's often frustrating not to be able to play all the games you want when they come out, so inevitably Easter and Christmas end up being a great time to catch up on games you missed. Last year I managed to get to a conference somewhere new so we added on a few days holiday before the event. Not only was it an amazing opportunity to explore a new country and culture in advance but by the time everyone else arrived I already knew my way around, was relaxed and was ready to go!". Ian Masters, Creative Director, Quiztix “As Snap Finger Click is still in its early days, I'm currently wearing a lot of hats! This means I haven't been able to get on holiday as much as I would like to. I haven't had a proper holiday for a couple of years now, but I do manage to get the odd weekend break. I'm originally from the Netherlands so I try to visit my family for a couple of days two or three times a year. I just got back from a recent trip, but I admit that the laptop came with me! Our new game - It's Quiz Time - is out soon and I had a few things I needed to get done. Building up your own business means you do find yourself taking work with you everywhere. However, I think it's important to give yourself some space when you need it. I'm good at spotting when I'm getting stressed or tired, so I make sure I give myself a night off just to watch a film, play a game, or go out for a drink. Trying to push through without a break means your work will ultimately suffer, so it's about finding the right balance”. Martijn van der Meulen, Co-Founder and Development Director at Snap Finger Click. “I try to disconnect as much as possible when I go on holiday, but it hasn't always been that way. Before Coatsink became as demanding as it is now, I'd happily spend a holiday on gaming and designing. Couple the demands of work with a growing family and I need to spend my time off wisely these days. Having said that, I've found plenty of time for Zelda on my Switch during time off this Summer”. Tom Beardsmore, CEO at Coatsink. "The life of a game developer is a cycle of long hours and product launches, with not much room in the middle for relaxing. When you get a moment to disconnect you should do just that! I like to go to the countryside and coast, anywhere that gets me away from the office and stretching those tense muscles. My best ideas and clearest thoughts on where to take my business next have come from being removed from my usual surroundings, bring pen and paper with you for those lightbulb moments!" Andrew Bennison, ‎Managing Director at Prospect Games. 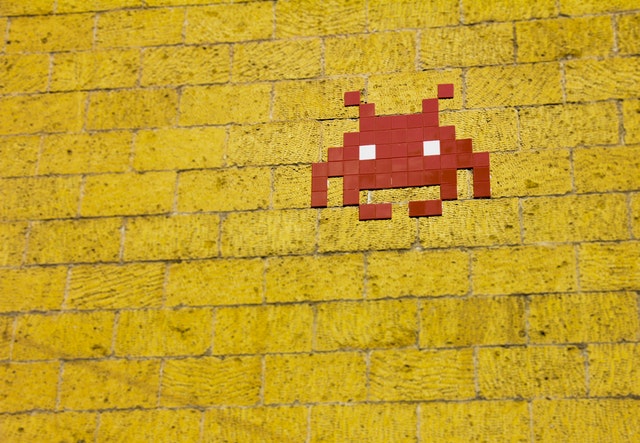 The Big Question - What jobs are important for pre-production?

The Big Question: Does motion capture add depth to characters?

When Mo-cap technology first arrived it had an immediate benefit and efficiencies impacted quickly. Realistic movements that once took a raft of hard-coded parameters could now be captured in one fell swoop. Initially it was deployed with productivity in mind however in recent years mo-cap has significantly evolved toward a deeper sense of characterisation; "It's all about creativity," says Phil Elderfield, Product Manager at Vicon Motion Systems; "Players want to immerse themselves in a story, and that requires a sense of reality."  Biomechanics alone are not compelling without a level of performance   At a base level the function of mo-cap is to recreate movement by replicating natural biomechanics, so in this respect it could be seen to cover a scientific data-capture role within animation. However, biomechanics alone are not compelling without a level of performance. Mo-cap technology has advanced to a point where full body performance is not only very accurate but also provides results extremely quickly  so many AAA games  utilise it exclusively, hiring motion editors over traditional animators for a number of roles.  Lead Animator at Realtime Will Eades describes the evolution of mo-cap’s contribution to character through performance- “The accessibility of Mo-Cap to studios nowadays allows us to produce content quicker which allows for more iterations creating a more refined and in depth performance of the characters”. So there has been a shift to toward performance capture rather than just movement capture as a driving force for character. “Motion Capture technology has come a long way since its conception” explains Richard Wearmouth, Mo-Cap Supervisor, “and so have the actors who are now engaging and specialising in 'performance capture', giving us an even more believable and realistic game character experience.”  Freelance Animator, Damon Tasker agrees “I feel that it’s a widely-held misconception that mo-cap is some kind of magic process that adds depth to games characters” he says “but in order to add real depth to game characters, multiple facets of development have to be executed effectively - solid on-set preparation and direction, believable world building, compelling narrative and a considered approach motion editing and implementation to name but a few. Capturing motion from a real human, doesn’t make it compelling or interesting without purpose or vision.”  Our innate connection to other beings is awakened when confronted with a reality that we already know   Let’s go back a step on why mo-cap has become such a compelling part of the process of character generation. Humans are hard-wired to identify life, specifically living-beings as opposed to objects or plants. Seeing a familiar movement pattern gives us an immediate reference of recognition and believability. Even if it’s fictional, our innate connection to other beings is awakened when confronted with a reality that we already know. Furthermore, if you generate enough belief you can start to stretch that sense of encounter with another being by manipulating features to create deeper emphasis on selected elements of characterisation. So characters with exaggerated, Gollum-like physicality aren’t real, but the performance capture foundation enables them to be real enough that we can believe in them.  Whereas all mo-cap contributes to characterisation, not all characterisation is drawn from mo-cap. It’s worth acknowledging that a great many other ingredients such as texture, lighting, audio and dialogue contribute key layers toward the depth of character. Mo-cap provides a foundation upon which further details of characterisation are built. One clear focal point here is in facial performance and this too is evolving. “Facial Mo-cap is advancing in its accessibility and technology” says Will Eades, Lead Animator at Realtime UK; “Combined with hi-res scanning of actors to create extremely realistic 3d models and rigs the characters in games are continually becoming more detailed and believable”. Facial animation provides some unique challenges however as Michael Berger, Co-Founder of Speech Graphics describes- “The movement of the face consists mainly of soft tissue deformation caused by surface muscles, and there's a lot of room for variation.  It's tricky to map facial motion captured from an actor onto a 3D character. This is a distinct process called 'retargeting', and it's as much an art as a science” he explains. Michael’s answer to this has been to use the audio signal to drive the face via an internal, procedural model of facial movement. Clever stuff.  As well as close and detailed nuance of the face, mo-cap also has a role in wider-shot realism as Eades continues- “Some Mo-Cap studios can now capture up to 18 actors at once which would massively help in crowd animation that needed to interact which each other - a no brainer for a sports game developer for example”. Believability can’t only be limited to key characters, if a group scene provides a flimsy environment the gameplay experience would be significantly compromised not matter how solid the protagonist’s character. There are examples where mo-cap makes less sense than keyframe   There are examples where mo-cap makes less sense, and keyframing still provides the kind of performance you need, such as the outstanding and slightly stylised animation by James Benson on the critically acclaimed Firewatch. Will Eades at Realtime agrees Mo-cap is a tool in the box rather than a silver bullet; - “as an animator I know that although the technology is becoming more and more accessible there will always be the need for keyframe clean-up and adjustments to enhance the performance”.  Berger agrees, “There is more involved in motion capture than simply 'capturing motion'” he concludes.   Having come so far in its contribution to character what’s next for mo-cap? “The increased accessibility of Mo-cap couldn’t have come at a better time, coinciding with the second coming of VR” says Andy Nye, Managing Director, New Moon Games. “We’ve found that when you’re placed in a VR environment, the increased realism of your interaction with the virtual world is significant” he says. We can’t wait to see this next level of mo-cap’s powerful role within providing character depth.

Looking to grow your
career in recruitment?

Perhaps you’re already successful in your recruitment career but thinking about a new challenge.


Or maybe you've had some experience of recruitment but are looking for a more supportive, quality-driven environment.


Whatever the case, now’s your chance to take the next step. Come and work for us!

Tell me more
PostTagListings
Keyword: No Keyword
Options: No options
Location: US